Running totals of projects to the end of the selected period.

Written by Shannon Toe
Updated over a week ago

The Project Cumulative Report shows the cumulative / running total of projects. Columns show the totals from the start of the project to the end of the period.

This is useful for seeing how your project KPIs have added up so far and for forecasting financial progress. The report is most commonly used for end-of-month reporting.

All metrics on the Project Cumulative report are rounded to the nearest whole number.

IMPORTANT - Read more about how Runn accounts for scheduled vs. actual hours, placeholders, tentative projects, and overtime in the Reports Guide.

You want to see how your project Model Z User Interface has unfolded for the two weeks between 25th January and 7th February. The project started on 25th January.

The roles and people assigned to the project are:

For the sake of simplicity, no timesheets have been filled in for this example, so we're looking at scheduled hours only. If there were actual hours logged against this project, those would have been used in the calculations instead. See Reports Guide for more info. 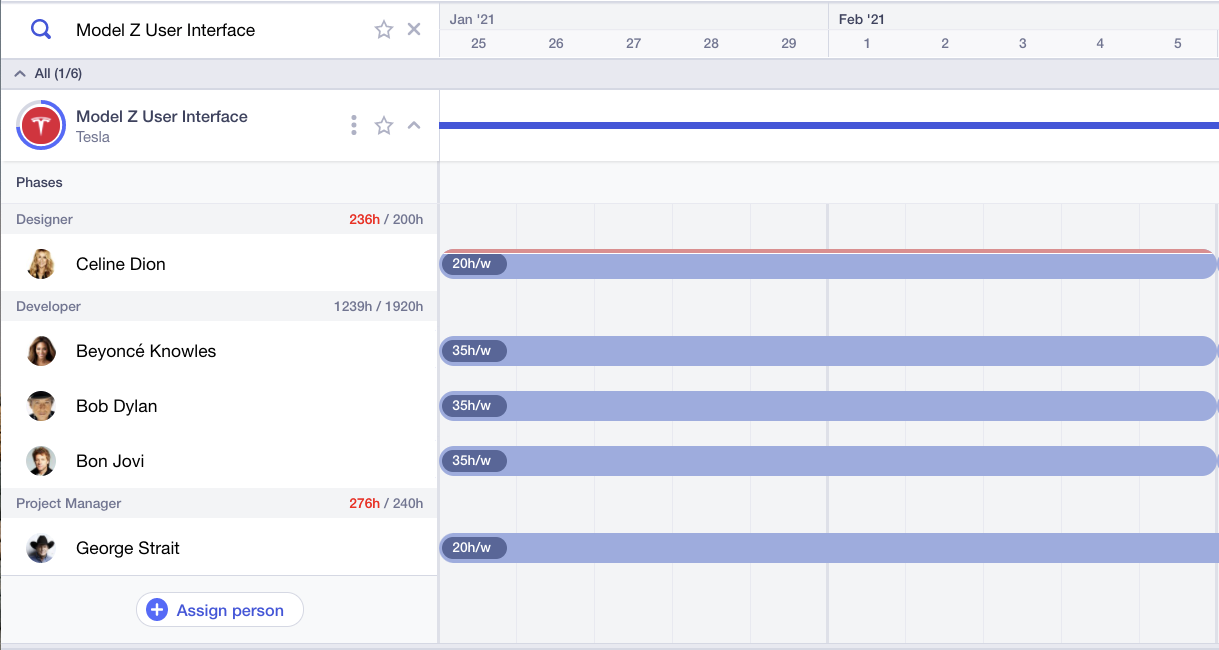 Same breakdown as above.

Here's what the report will show you:

Did this answer your question?