How to read your people insights

Written by Nicole
Updated over a week ago

Runn provides a 4-week forecast of key metrics for each person, including:

It provides a quick overview of a person's upcoming schedule and how much value they will earn you.

Note: Any data shown here is based on your inputs. Runn does not make an allowance for over-bookings. For example, if you schedule Dylan for 10h per day, but his availability is 8h per day, we will show 10 assigned hours and use those 10 hours to calculate billings. 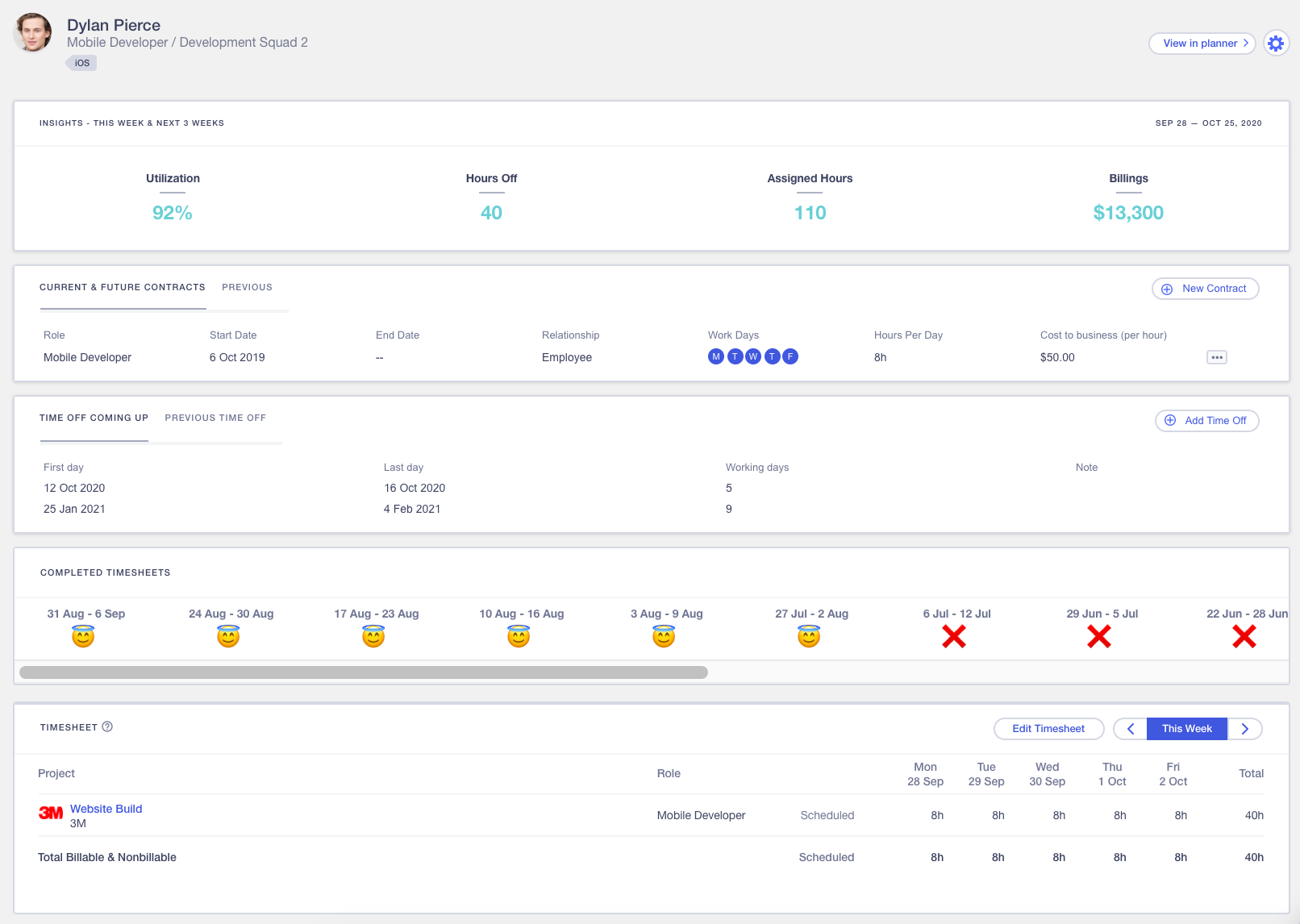 Here's an example of how we calculate these metrics:

Dylan Pierce is a Developer. He's a permanent, full-time employee, which means he works 8 hours per day as per his contract:

See his planner below:

Let's dive into the insights:

The Utilization rate is a person's number of planned hours against their contracted hours, over the next 4 weeks.

Hours Off are a person's contracted hours per day, multiplied by the number of time off days that the person has scheduled for the next 4 weeks.

Assigned Hours are the sum of a person's planned hours for the next 4 weeks. If the person takes time off during a scheduled project assignment, then those hours are not counted.

Billings give you an indication of the value the person will be earning you over the next 4 weeks. This metric is based off a person's assigned hours, multiplied by the respective role charge out rates for that project.